After a huge number of scandals, the resignation of Prime Minister Boris Johnson left the top job in the UK government open. Several Conservative party candidates lined up eager to become the next Tory leader and prime minister.

All of the Tory politicians that have fought for leadership of the party have been involved in some flavour of scandal. These range from being caught using public money for their Instagram photos to expensing paper clips.

There are many skeletons in their closets to choose from, but we’ve narrowed down the list. These are the seven worst scandals involving the Tory leadership candidates. 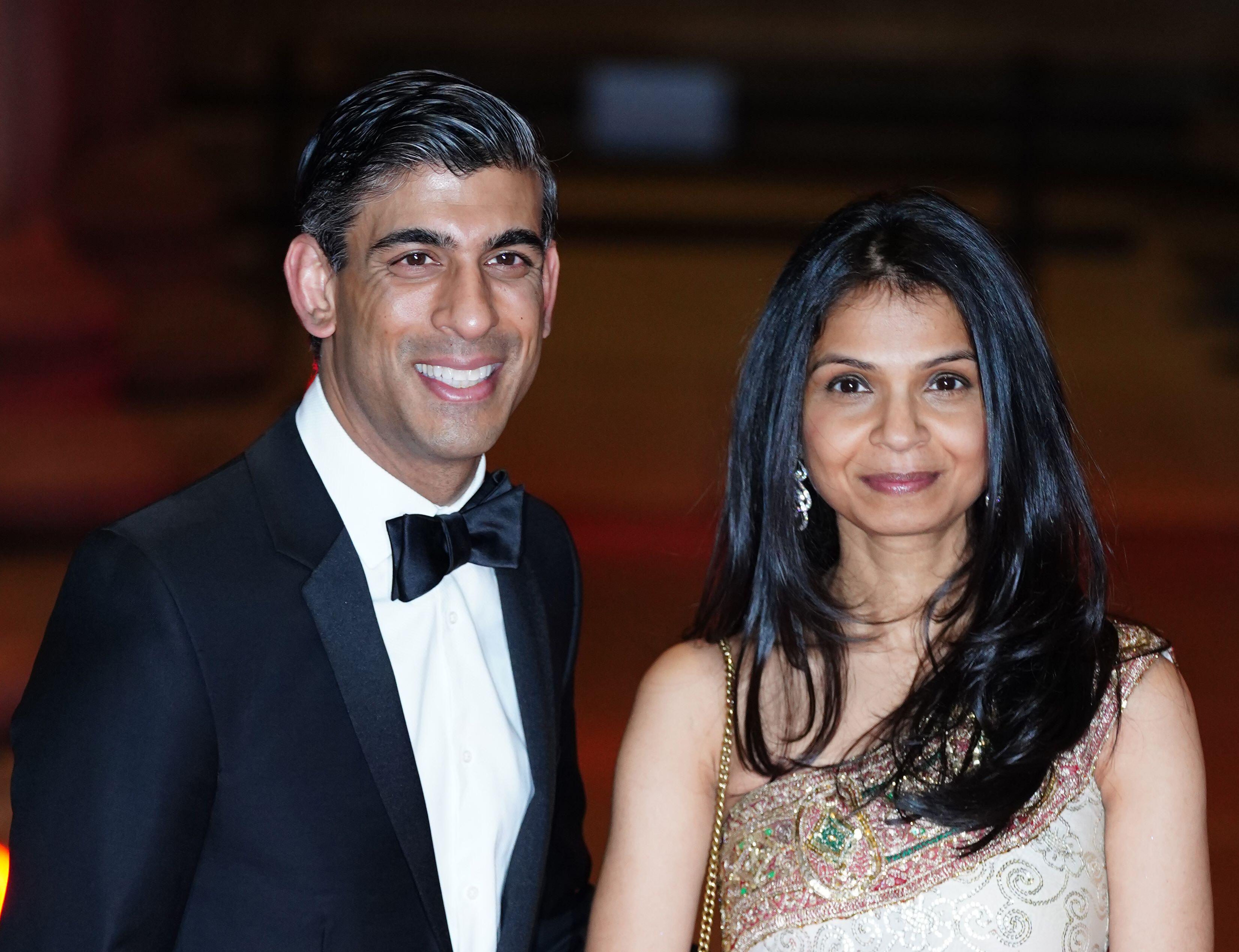 Much of the controversy surrounding Rishi Sunak has been about his financial affairs. It’s difficult to pick just one scandal surrounding this Conservative politician who served as the UK’s chancellor from 2020 to 2022. Most recently while running for Conservative party leader, a video surfaced of Sunak laughing while saying he had “no working-class friends.” Some of his greatest hits include having a billionaire wife who avoided paying taxes in Britain and wearing £95 slippers before presenting the country’s budget.

He is married to Akshata Murthy, who is from India and is worth an estimated $1.3 billion due to shares in her father’s company, Infosys. As she is an Indian citizen, she was able to claim non-domiciled status in the UK and avoid paying millions of pounds in tax. This continued even while her husband was imposing taxes on the rest of the country.

Sunak himself also took advantage of loopholes to enjoy overseas benefits. He held an American permanent residence card for almost two years, even when serving as a Cabinet member in the British government. Commonly known as a “green card”, to get one he would have had to declare he had the intention to eventually become a US citizen.

Even when the scandals around his financial affairs were revealed, Sunak was able to hold on to his government job. He only quit right before Prime Minister Boris Johnson came under pressure to resign, and ran for his former boss’ job as soon as he could. While the above actions of Sunak and his wife were technically legal, he was confirmed to have broken the law, namely the COVID-19 rules, in May 2022. The Metropolitan Police slapped him with a fine for partying while the country was on lockdown.

Foreign Secretary and prime ministerial candidate Liz Truss started her career in political scandal early on. She exploded onto the scene in 2009 for an almost two-year affair with a married man while running for a constituency seat. Like the other Tory candidates, the scandal could not keep her down, and even after a series of gaffes, she continued to rise. She stayed in the headlines, most recently for her passionate and bizarre speech on cheese at a Conservative party conference.

One of her trademarks is the excessive amount of taxpayers’ money she has spent on photographers and photos. Truss has been recorded as having taken five photos a day, and in the first few months in her government job had managed to rack up over 700 photos of herself on the publicly funded UK government Flickr account. In several photos, she appears to try to duplicate shots of former prime minister Margaret Thatcher, including one famous photo of Thatcher posing on top of a tank in Soviet Russia.

Other photos include her running on the Brooklyn Bridge, grabbling a baby calf, on top of a stationary motorcycle, and with a fur hat in front of the Kremlin.

The last photo drew a mocking comment from the Russian state newspaper. It pointed out that her outfit was worn on a warm day in Moscow, saying: “She got off the plane wearing a fur coat and fur hat, even though there was a thaw in Moscow”.

The top civil servant in the Home Office, Sir Philip Rutnam, was so distressed by Patel that he resigned. In a statement, he claimed he had to defend his staff from the raging MP, and said:

"I have received allegations that her conduct has included shouting and swearing, belittling people, making unreasonable and repeated demands - behaviour that created fear and that needed some bravery to call out." 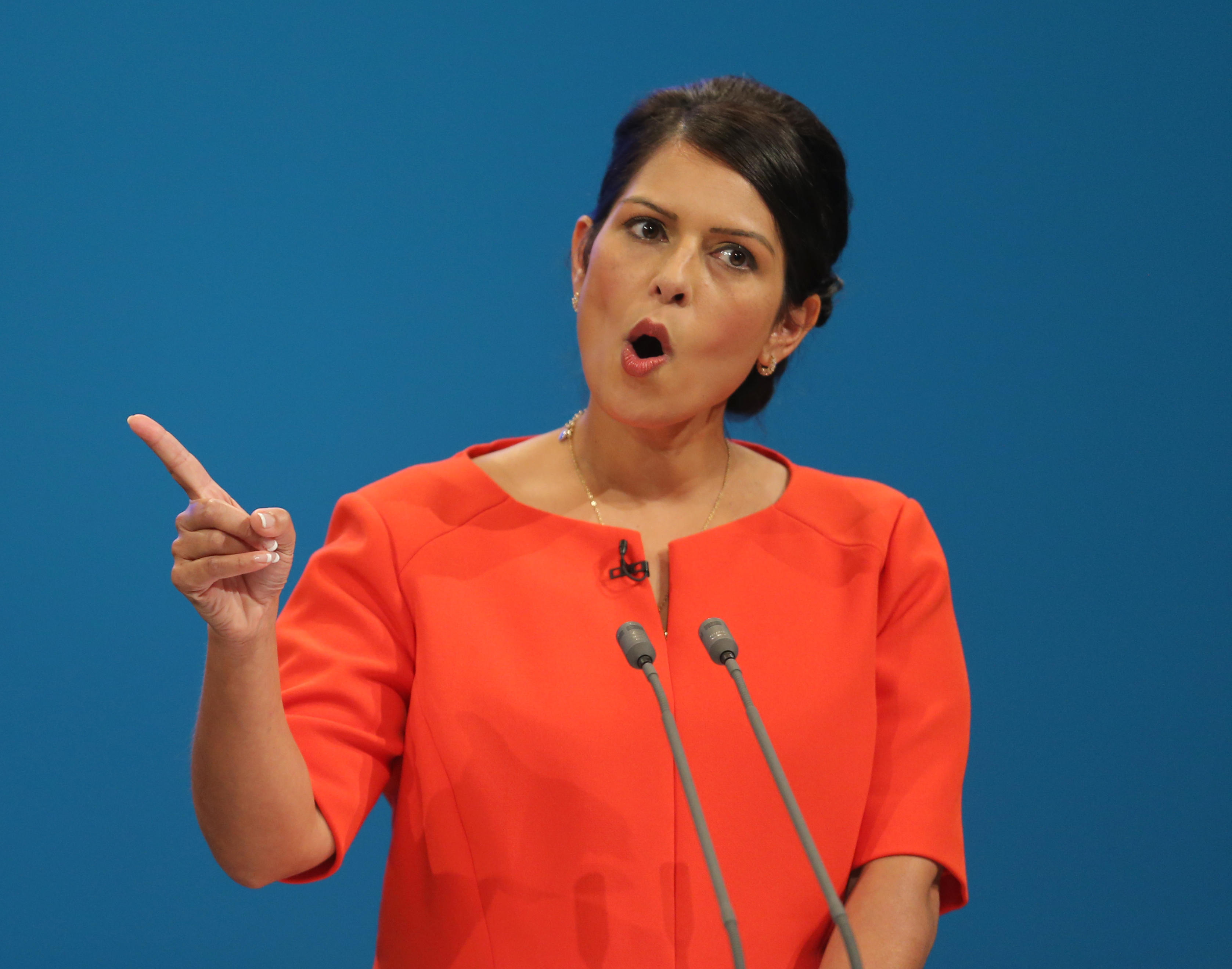 Sir Philip started legal proceedings against the Home Office claiming constructive dismissal and said he was the target of attacks that were supported by Patel.

After an inquiry, the investigator Sir Alex Allan concluded Patel had breached the ministerial code. When Prime Minister Boris Johnson declined to follow through on the report issued by Sir Allan, the investigator decided to resign too.

However, in the end, Patel was able to apologise and keep her job. Although there were strong rumours that she had ambitions to replace Johnson, she failed to gather enough support to run for prime minister.

Nadhim Zahawi’s appointment in 2022 as chancellor may be because of his reputation as a savvy economist. It appears he will not let a penny go by him, literally. In a shocking revelation it was shown that he claimed 31p for paperclips from the public purse, an expense it could be argued he could afford. After all, his personal net worth is in excess of £100 million.

This and other claims came to light in 2013 when Zahawi was caught in the expenses scandal that engulfed a number of Members of Parliament. He “apologised unreservedly” for claiming thousands in expenses to heat his personal horse stables on his 31-acre estate.

His finances continue to be a matter of interest. Like Sunak, Nadhim Zahawi also seems happy to keep his money offshore. 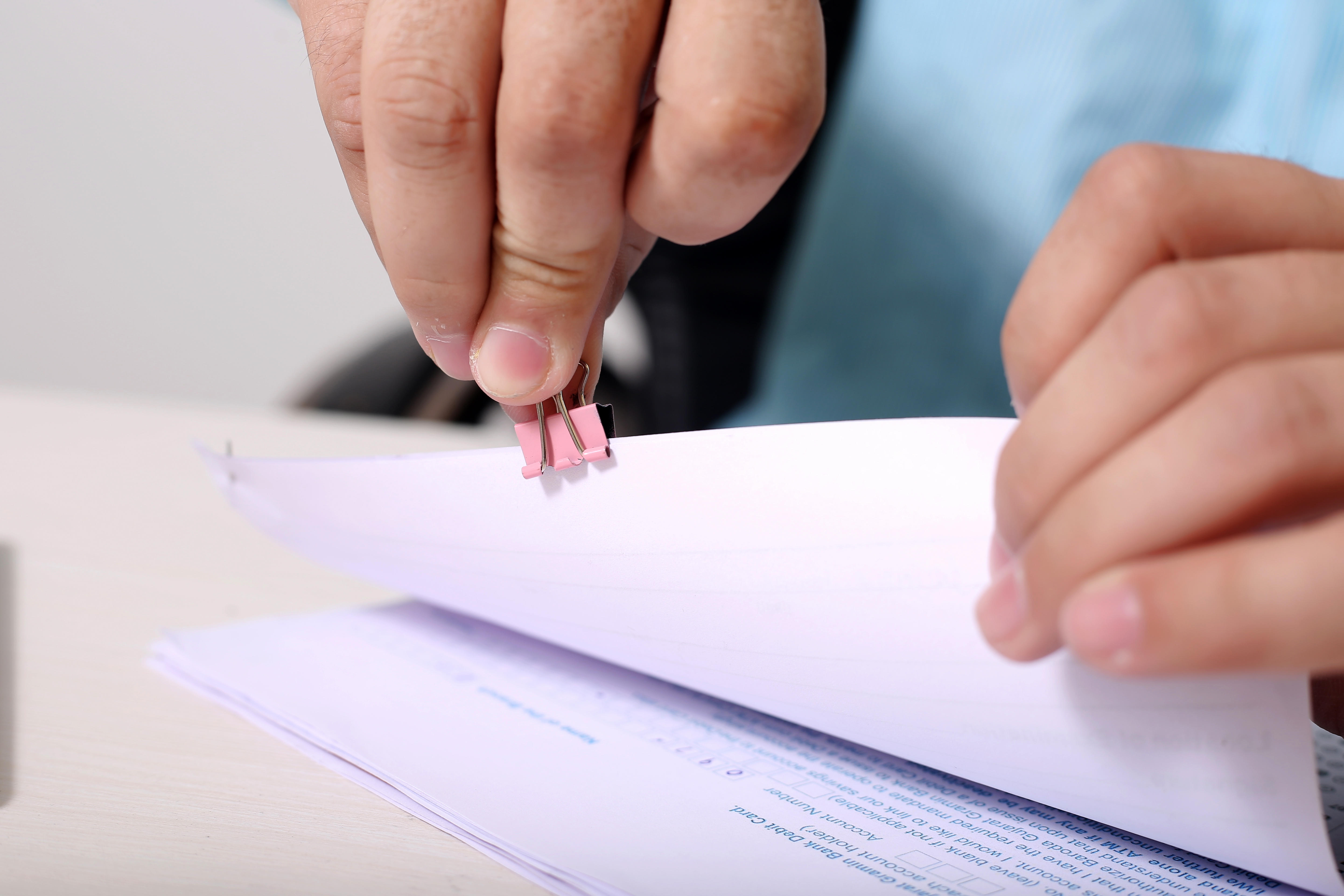 In 2020 the National Crime Agency’s International Corruption Unit investigated Zahawi in a top-secret inquiry. The agency approached several people for information but in the end, did not decide to lay any criminal charges.

In 2022, before his appointment as chancellor during the Boris Johnson resignation scandal, Zahawi’s tax affairs were flagged by the HM Revenue and Customs office. He was found to be keeping his £20 million family trust offshore in Gibraltar.

While he failed to gather enough votes to run for prime minister in 2022, former Health Secretary Jeremy Hunt is no stranger to high office and scandal.

Early on in his career, he was accused of cosying up to the Murdoch media empire. He refused to answer questions on why he had visited the US in 2009. Shortly after his trip, he told the then-leader of the Conservative Party David Cameron that Murdoch's News Corp would support the party in upcoming elections. 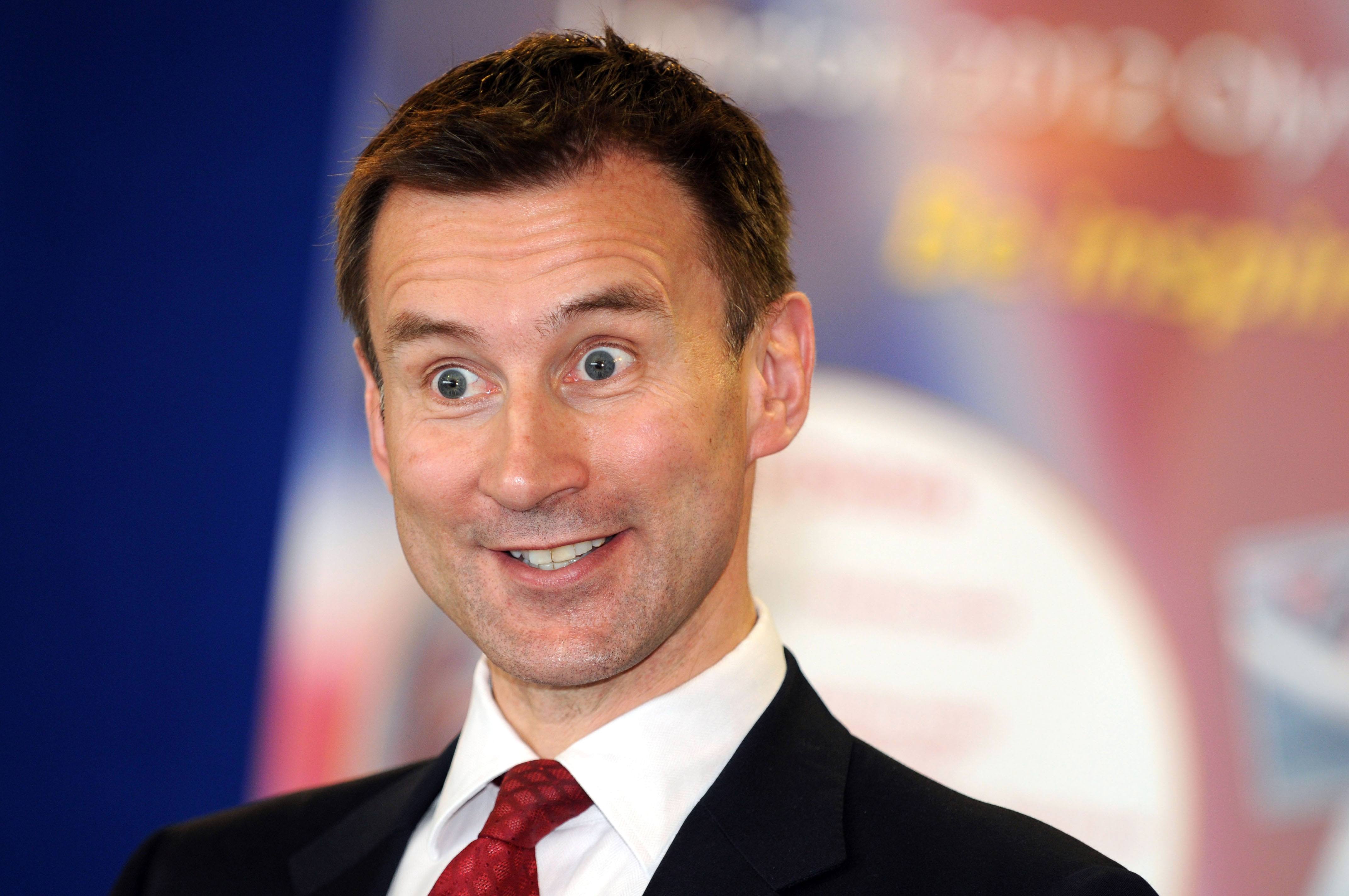 After his party won and he was serving as culture secretary, Hunt essentially waved through News Corp’s bid to take over BSkyB. After the scandal involving News Corp’s hacking the phones of several public figures, an enquiry was opened. Hunt had to reveal during the inquiry that he had been in contact with James Murdoch personally by text and email.

His finances, like many of the Conservative team, are more than healthy. His business Hotcourses sold for £14 million making him the richest member of the Cabinet at the time of the sale.

He also got a discount on the purchase of several luxury flats from a Conservative donor. He was investigated by the parliamentary watchdog for money laundering and admitted he had “forgotten” to register his ownership in the company that bought the flats. Savills valued the flats at between £450,000 and £1 million each.

While serving as health secretary Hunt also famously dodged junior doctors trying to get him to talk after disputes over working hours. This led to a campaign called “Hunt the Hunt” where doctors camped out on his doorstep.

However, both doctors and critics will have a hard time pinning him down, as Hunt is known to be light on his feet. A fan of the lambada dance, he has installed his own personal sprung ballroom in his house to make sure he can dance whenever the mood strikes.

Attorney General and former prime ministerial hopeful Suella Braverman is known for her controversial views. However, many are unaware of her deep involvement in Triratna, a group which was involved in a cover-up of sexual abuse of young men for decades.

While it claims to be Buddhist, the sect was founded on a collection of quasi-religious and philosophical ideas by a British army deserter, David Lingwood. 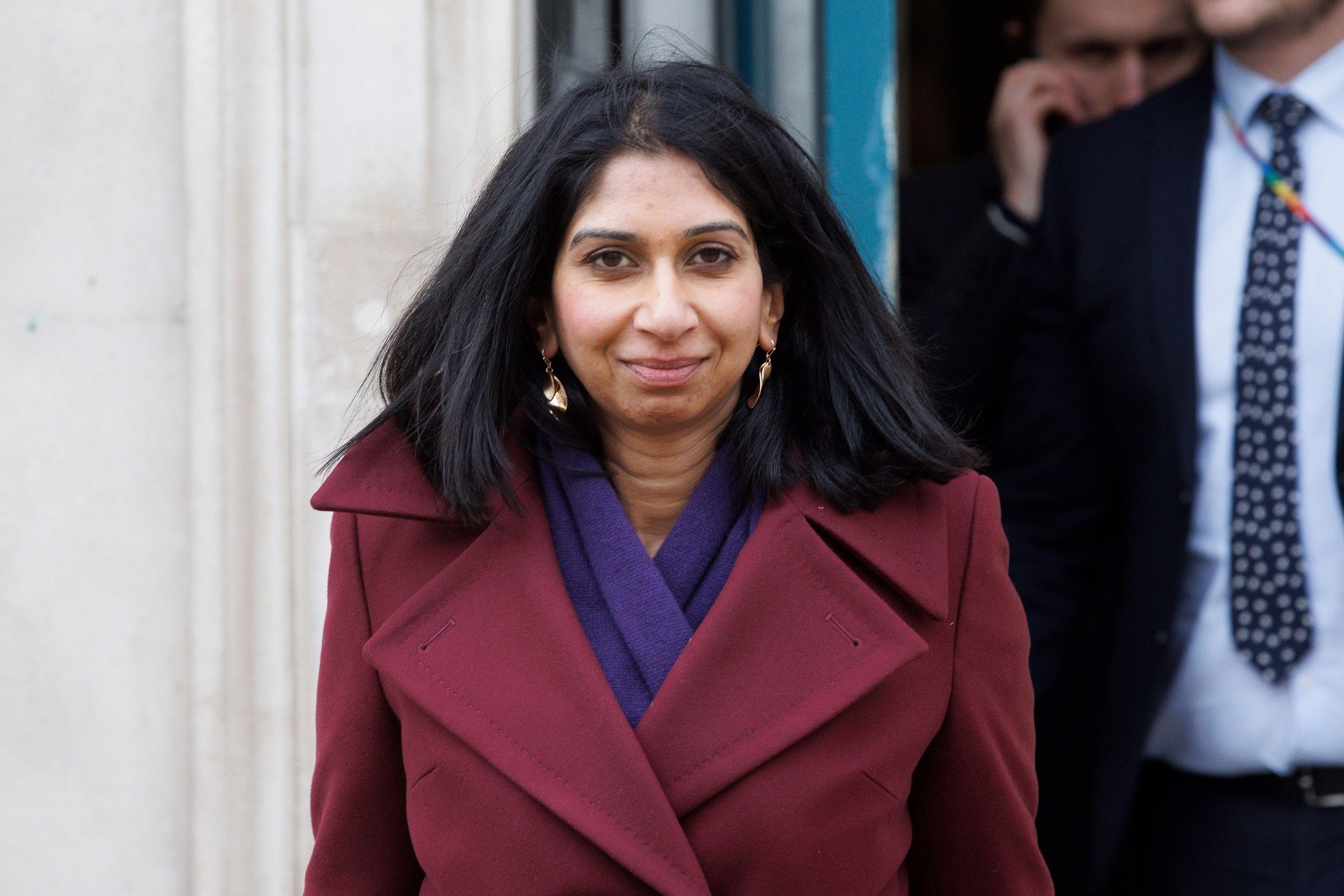 Victims have alleged that Lingwood groomed and abused a number of men who came seeking spiritual enlightenment. The group teaches men are more spiritually enlightened than women and makes their male and female devotees live separately.

Braverman took her oath of office for the government on the Buddhist text the Dhammapada. She is so dedicated to Triratna that she reportedly considered becoming ordained.

As it is, she is a “mitra” or friend of the order. To become a mitra, the group says you must participate in "special activities", including retreats and study groups over a four-year period. Braverman has not publicly commented on her membership of the order, which in an internal report found that 1 in 10 members had seen or experienced sexual misconduct.

Little is known about Penny Mordaunt, who early on was seen as a favourite to win the Conservative leadership contest. That may be deliberate, as her political colleagues have said she is work-shy, inexperienced, and flip-flops on a number of key issues like transgender terminology.

She went viral on TikTok for her literal flop when botching a dive on the reality show Splash! and landing badly in the pool.

While all the political candidates may be corrupt, the most likely woman to be the next prime minister could literally be having her strings pulled. Her links to Bill Gates and the World Economic Forum have been highlighted by her own party. The billionaire philanthropist wrote the foreword for her book. It’s given conspiracy theorists plenty of ammunition to accuse her of being a puppet politician. 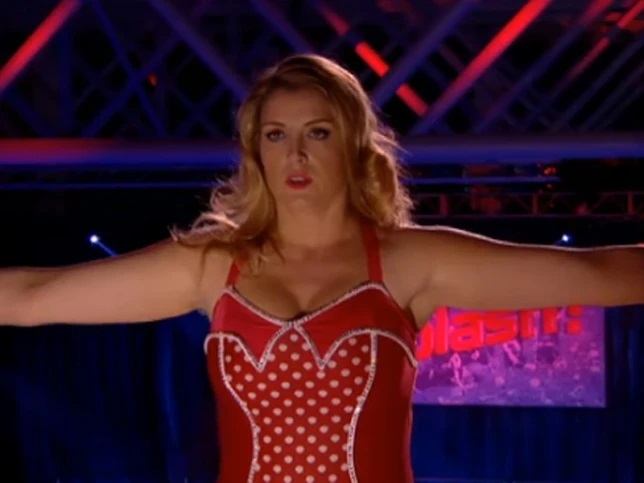 She has a track record for both having no firm political views and for changing them over time. She recently had to backtrack and issued a 10-part Twitter thread after Conservative supporters accused her of trying to eliminate the word “woman” in legislation.

Manipulation by shadowy forces is familiar territory, as she started off her career as a magician’s assistant.

Before running for the UK’s top political job, her highest level of service was as a junior Minister of State for Trade Policy and as defence secretary for less than three months. Her former senior, Brexit minister Lord Frost, called her "not up to the job."

During the Tory leadership race, colleagues began calling her “Part-time Penny” for shirking responsibilities and not wanting to do her ministerial duties.