If you get all dewy-eyed whenever Thor and Loki talk mythological shop with Hannibal Lector in Marvel’s superhero movies, then chances are you’re going to love Play’n GO’s Viking Runecraft slot. Packed ... Read Full Review 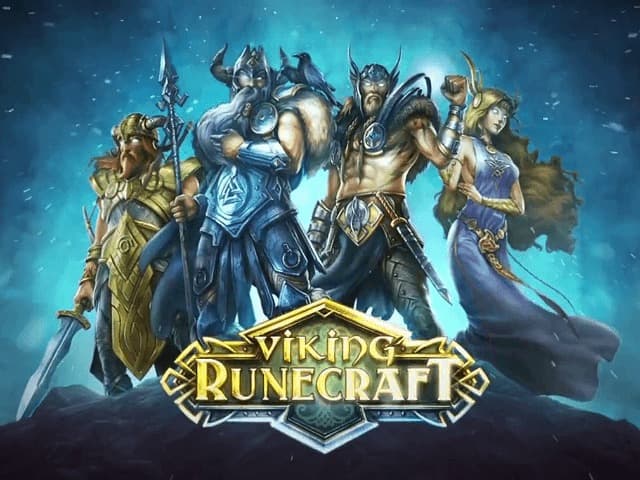 If you get all dewy-eyed whenever Thor and Loki talk mythological shop with Hannibal Lector in Marvel’s superhero movies, then chances are you’re going to love Play’n GO’s Viking Runecraft slot. Packed to the gills with ethereal Norse mythology and boasting animations and bonus features of the very highest order; this is one online slot you’ll want to hammer again and again.

The Viking Runecraft online slot, unlike most other offerings out there, is a cascading video slot played on a 7x7 grid. Symbols drop down in the grid rather than appear on spinning reels to form winning combinations. These successful combos occur whenever you get at least five symbols in a connected cluster (i.e. where they touch each other) either horizontally or vertically. Once the combo has hit, the winning symbols disappear to allow new ones to drop in and fill their places. The game continues to cascade in this way until more winning combinations can be created.

All of the symbols used in the game are associated with Norse mythology so, alongside a selection of variously-coloured rune stones, you’ll be watching artefacts like axes, hammers, amulets and helmets fall with great anticipation. Viking Runecraft also has four wilds represented by the Norse gods/goddesses Thor, Odin, Freya and Heimdall, who might look familiar from the immensely popular Hall of Gods jackpot slot.

It’s important to note that every win achieved during a game round contributes to charging the exquisitely monikered Metre of Destruction. Once this metre is full (and there are no more cascades to fall), one of the following four charge ‘effects’ gets activated:

If you manage to fill the Charge of Destruction metre twice in the same spin (or add twenty additional symbols to the metre during the feature) then you’ll trigger the Ragnarok Free Spins round.

Look behind the grid and you’ll notice there’s a pattern lit up in blue which changes to yellow each time you create a winning combo. If you manage to turn the entire grid yellow then you’ll be privy to be a bit of Levelling Up. Don’t be alarmed, this just means one of the following Norse deities will pop up and award you a random feature:

In addition, clearing a pattern also gives you the chance to play the Runes of Valhalla bonus game, a Wheel of Fortune-type affair which offers the cash prize displayed in the top left-hand corner of the screen if you hit a rune.

Inventive gameplay, exciting bonus features and integral big wins ensure the Viking Runecraft slot machine has everything needed to keep even the most hard-to-please players happy.