The premise of making players millionaires is what drives the success of every slot and jackpot. That’s the same premise we’ve seen in TV shows such as Money Wheel or Who Wants ... Read Full Review 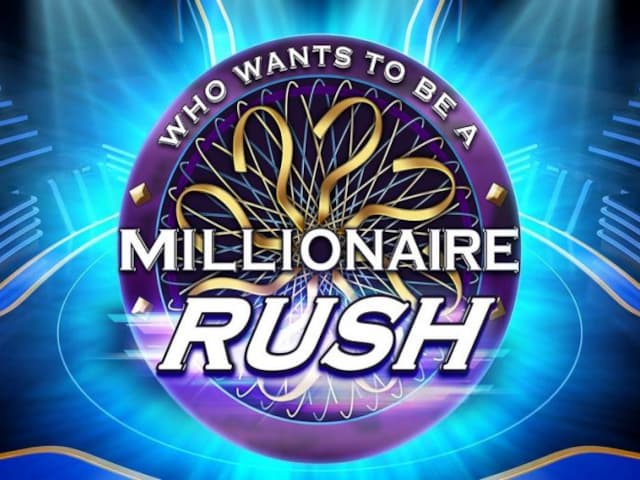 The premise of making players millionaires is what drives the success of every slot and jackpot. That’s the same premise we’ve seen in TV shows such as Money Wheel or Who Wants to Be a Millionaire. The latter has been a core concept for new online slots developers as an idea for bonus games and has been adapted into slots numerous times in the past. Big Time Gaming is the last studio that has a slot based on the show, simply titled Millionaire Rush Megaclusters.

Players can surely feel the millionaire rush when they spin the Cluster Pays title. It’s a highly volatile game with an RTP of 96.44% paired with a list of special features that can deliver big wins. The core concept of the slot is a grid-expanding mechanic that doubles it in size in an instant. A Megatrail feature is also on offer, coming with 12 unique modifiers that can take your wins to the next level.

With the possible winning potential at 55,060x the bet, this is a TV show worth taking part in.

Big Time Gaming has done a great job with the video and audio in this one. Millionaire Rush Megaclusters is an excellent-looking slot, and it sounds great too. The playing grid is in the center and set against a background showing the iconic background from the TV show. The audio’s ripped straight from it too, so the slot makes a great atmosphere that will put you in the right mood.

The 5x5 grid is mainly populated by gems of all kinds and special symbols. The purple gems pay the most in a cluster of 25+ - 50x the stake. Smaller clusters pay less, of course. There are no premiums or low-win symbols, but there are wilds, multiplier wilds, and a few other special symbols that can take your wins to another level.

There’s even the iconic trail on the left side of the grid. However, this time it doesn’t allow you to call a friend – instead, it’s a Megatrail with various features that can boost your wins with successful cluster pops.

You can play the Millionaire Rush Megaclusters online slot anytime and anywhere. Whether it's for fun or real money, this BTG game is a great slot to spin on your Android or iOS device and worked smoothly when we tested it on our smartphones and tablets.

The excitement and adrenaline rush start as soon as you select your bet. By default, it’s set at £1, and that would be the bet we’d start with considering the high variance. The good news is that the slot is loaded with a number of special features that can trigger anytime and bring big wins.

Not surprisingly, the cluster pops are the top feature in Millionaire Rush Megaclusters. Clusters of five or more symbols deliver wins with the biggest ones being for 25 or more. Every win triggers a cascade that may or may not include more symbols. When a cluster on the 5x5 grid pops, it leaves smaller symbols behind, which essentially means more Megaclusters are available. In short, it gives you more winning opportunities.

The tumbles will continue as long as winning symbols pop, but there’s a twist. Check out the Megatrail on the left. Each win takes you a spot up and triggers a random feature. There are 12 slots on the trail, and they can be fully or partially filled. For example, there might be features on the second or third slot, or they might be blank. The more you win, the higher you go, and there’s a big multiplier on top of the trail for mega-sized wins.

When it comes to the features, they can be anything. There are regular and mirror symbol transformations, Multipliers, Wild Multipliers, 6 free spins, 50:50 chances, and more. So, basically, the slot’s like a giant land of winning opportunities that can deliver fantastic wins, even if the set of modifiers is completely unpredictable.

Smack in the middle of the Megatrail are 6 free spins that obviously start the Bonus Round. In the slot bonus, the first slot on the Megatrail is always empty, but your guess is as good as ours on the other 11. There are three guaranteed random modifiers per round in addition to a fixed feature and the main prize listed on top of the trail.

When it comes to the features, you can expect explosions that clear the grid, Wilds that randomly fall on the grid, Multiplier Wilds, symbol subdivides, and more. Max Megaclusters are also in the mix, replacing the big symbols with smaller versions.

For a highly volatile slot, Millionaire Rush Megaclusters’ slot RTP of 96.44% is spot on. The Cluster Pays mechanic has been boosted with incredible modifiers in this game, taking the winning potential to a whopping 55,060x the bet.

We’ve seen Who Wants to Be a Millionaire? slots before, but they haven’t been as great as this one. Millionaire Rush Megaclusters is a great new game by BTG with a fun set of random features that can deliver mega prizes. The Megaclusters engine is more than worth it, and we love how the trail works.

If you’re looking for an accurate replica of the thrills the TV show offers, this is the one we’d go for. Check it out at the best online slot sites.

The Millionaire Rush Megaclusters slot was developed by Big Time Gaming. An Australian studio known for the creation of the extremely popular Megaways engine, BTG is all about high-paying features and fun quality slot games, which this slot perfectly reflects.

We’ve seen high-RTP slots released by the studio before and this one’s no exception. The Millionaire Rush Megaclusters slot RTP is set at 96.44%, which is pretty high for a game with such great winning potential, especially after you see all the available features.

What’s the minimum bet I can place on the Millionaire Rush Megaclusters slot?

You can choose a minimum bet from £0.20 in the Millionaire Rush Megaclusters online slot. It’s a pretty typical bet for most highly volatile titles and one that most players can afford. If you want to play at a higher bet, the slot allows you to choose up to £8 per spin.

How does the Cluster Pays system in Millionaire Rush Megaclusters work?

The Cluster Pays symbol works in the same way as always, with the addition of Megaclusters in this slot. In general, you need 5 matching symbols on the grid for a pop. The more symbols are involved, the better the payouts. You’ll score the highest possible wins for 25 or more.

Yes, it is, and we suggest trying it for smaller bets first. The default is set at £1 per spin, but you can go below or above it. While it is a highly volatile game, the slot can still shell out rewards frequently thanks to the random set of special features.

What kind of special features are there in the Millionaire Rush Megaclusters slot?

There are all kinds of features you can count on in the Millionaire Rush Megaclusters slot. Wilds, Multiplier Wilds, transformations, Megaclusters, and symbols all make an appearance. When they strike is completely random – take a look at the Megatrail and you’ll see how many reactions you need for each feature.

How do I expand the cluster grid in Millionaire Rush Megaclusters?

You can’t expand the grid by will. Instead, when mega symbols pop, they leave a trail of smaller symbols behind them. These essentially increase the number of possible megaclusters and your winning opportunities as well. The more symbols popped, the bigger the rewards.

How do I get to the Millionaire Rush Megaclusters bonus round?

The free spins round is on the 7th spot on the Megatrail. This means that you can get to it with 6 reactions, after which the bonus begins. It plays just like the base game with one exception – the first spot on the trail is always blank, while the other slots are filled with a random set of specials.

Which slots are similar to Millionaire Rush Megaclusters?

Who Wants to Be a Millionaire? by Big Time Gaming is the first slot that springs to mind when we see Millionaire Rush Megaclusters. It’s another branded TV show slot machine by the Australian studio, and it’s almost as rewarding as this one.

When was the Millionaire Rush Megaclusters slot released?

The Millionaire Rush Megaclusters slot was released on June 15, 2022. It’s a highly volatile game with an RTP of 96.44% paired with a list of special features that can deliver big wins. The core concept of the slot is a grid-expanding mechanic that doubles it in size in an instant.