Jurassic Park is an officialy licenced online slot by Microgaming, so you'll see all the characters from the movie, as well as a lot of dinosaurs! This is a 243 ways to ... Read Full Review 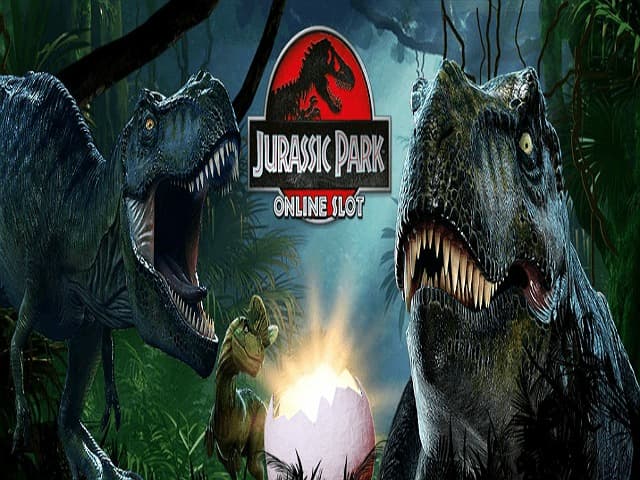 Jurassic Park is an officialy licenced online slot by Microgaming, so you'll see all the characters from the movie, as well as a lot of dinosaurs! This is a 243 ways to win game with five different free spins versions, and when you trigger the feature 25 times you get to choose which version you want to play!

The process of choosing a bet in Jurassic Park slot couldn't be simpler, particularly on mobile. Since it's a 243 ways to win game so you can't choose paylines, the game simply lets you select your cash bet per spin from the values available, and these are from £0.30 to £75, so you're actually betting 30 coins per spin and the value of that coin can be between £0.01 to £2.50.

This game is almost entirely true to the movies, and it's like the movie simply landed on your reels. The characters are taken from the movie whie the dinosaurs are drawn but look the same as they do in the movie. There's a Jade Mosquito and a Jurassic Park logo, and that's it. No cars, traps, weapons or anything else. This is just a superb theme with a jungle background that fits it perfectly. All the symbols are animated when they win, and in case of characters you'll see a small cutscene from the movie.

The game pays a premium prize for five-of-a-kind wins, as these are more valuable compared to four-of-a-kind wins than we're normally used to. This makes for a higher variance game in which you must get large winning paylines to get decent prizes. The four movie characters are the high-win symbols, and Alan Grant, the main protagonist of movies I and III, can pay up to 13x your bet while the other three symbols pay between 8x and 11x your bet at best. The five Dinosaurs are the low-win symbols and they pay from 2x to 5x your bet for five-of-a-kind, and only T-Rex can give you your stake back on a four-of-a-kind win while the other four Dinosaurs won't be able to do that.

While the paytable doesn't look good at all, fact is, this slot game has theoretical return to player (RTP) of 97.00%, so you can be sure it's a good game to play for real money and it isn't out there to rob you. Most of the big wins will be coming from the bonus features though.

Three, four or five Jade Mosquito Scatters trigger the free spins game with 12 free spins, and when you trigger it 25 times you'll be able to choose which feature you wish to play. T-Rex Free Spins has with Wild Reels, as T-Rex may appear and turn up to 5 reels Wild. Velociraptor Free Spins has Wilds that can split in two and therefore either result in a double five-of-a-kind win. Wilds can also have multipliers of x4, x5 or x6. Triceratops Free Spins has Running Wilds so on each free spin the Wild stack grows by one Wild per reel. On any non-winning spin, full stacks of Wilds will hold, partially stacked Wilds will nudge to form full stacks and remaining reels will re-spin. Brachiosaurus Free Spins has a mystery multiplier on all wins between x2 and x6. Finally, Dilophosaurus Free Spins has random positions turning Wild – and staying Wild for as long as they contribute to new wins.

There is also a T-Rex Alert feature that gets triggered randomly in the base game, and which puts 35 extra Wilds on your reel strips to help you win more. Wilds are always stacked in the base game.

Jurassic Park is just an excellent slot game that pays well and has five interesting free spins features, and by the time you play all five of them you'll know which one performed the best so you can keep choosing that one for the remainder of your playing session. This is excellent value for money, and this game can be played for a long time since the theoretical payout is so good. Choose a Microgaming casino from our list, play Jurassic Park for real money and start triggering those free spins features on the go on your android or iPhone!